Workshop Announcement: Platform Building Tools and Techniques for Authors in a Digital World 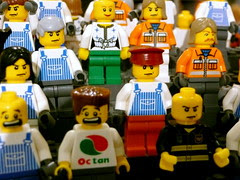 Tomorrow, I'm teaching another workshop about digital publishing. Specifically, I'll be guiding a small class through a sort of aptitude test, helping them find their strengths and showing them how they line up with various promotional efforts. Yes, that sounds very amorphous, but it's based on solid business acumen I learned from Barbara Weaver Smith. She's the founder of The Whale Hunters, an internationally respected sales training organization. No, I have no interest in making authors into salespeople. That's someone else's job. But her lessons on key account planning inspired my workshop on helping authors choose the right "platform" with which to reach their audience. I call it Platform Building Tools and Techniques for Authors in a Digital World.

It's generally accepted that authors today must have a "platform" to help them build, communicate to and connect with their audience. It is through this platform that audience members make their decisions to buy one or more books (or other products) from an author. This platform isn't a technological build -- it's the new name for an activated and motivated audience.

There are many ways authors can build a platform. Some do it by blogging. Some do it by podcasting. Others with an active social media presence, and many prefer to "press the flesh" in person. I've identified 24different ways in which authors can build a platform. And that's just getting started. Some work better than others, but don't rush to jump on the one that is the most successful. You're missing an important part of the equation: you.

Your ability to build and leverage the "platform" matters. Complexity for you personally must be a consideration, as is your own aptitude.  Without the skills and understanding necessary to implement, even the most successful technique will fall flat. So rather than expending resources on something that doesn't work for you, this workshop helps you pick something you can do that will work for you. Once you've taken care of that, then you can start acquiring the skills to take on the rest of the techniques.
That's what I'm teaching tomorrow at Changing Hands bookstore in Tempe from 6:30p - 8:30p. I know this is rather short notice, but there's only limited room, and I don't want to overload them. When I taught this class two months ago it was full without me mentioning anything. Give them a call at 480-730-0205 and see if there are spots still available. I'd love to see you there!
Posted by Evo Terra at 2:05 PM 2 comments:

Email ThisBlogThis!Share to TwitterShare to FacebookShare to Pinterest
Labels: Marketing for authors

Being an indie author means more than just writing

I know things have been rather quiet over here. That's largely been the aftermath of launching a new venture in digital publishing with Jeff Moriarty called ePublish Unum. It combines our knack for training, education & presenting with our fascination of the changes in digital publishing. No, we won't edit your soon-to-be-penned blockbuster, but we will teach you how to go about finding someone who will. It's still in the infant stages, but is shaping up nicely. 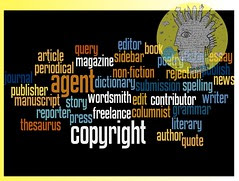 Today as I was doing my morning reading, I came across an article written by Bob Mayer as he attended Thrillerfest, a big-deal writers conference / writing workshop event in NYC no one bothered to invite me to. Bob is a NY Times Best-Selling multi-published author and has his own publishing venture called Who Dares Wins. In that post, he was waxing poetically on the subject of being an indie writer these days. I'll dissect a key paragraph in his post:

Here, "those who" refers to authors and the first "it" is a stand-in for publishing without the support of a publisher, big or small. I think I'll chose to read this sentence as simply "Guess what? Being a successful indie author is harder than some thought it would be." Granted. Let's move on.

Even outsourcing a lot of the work on one-time fees doesn’t really work because writing and publishing is an ongoing and evolving thing to be a career author now and make a living at it. Sure you can pay someone to do cover art, editing, formatting and uploading, but that’s only the foundation of the business.

I had to re-read that a couple of times to unpack it.1 Again I'll give Bob the benefit of the doubt and assume he's saying "Sure, you can outsource some of the things that a publisher typically does, but there's more to publishing than finding a good editor and cover artist. To have a career, you have to keep up with the changes and adapt to the industry." Granted again.

But here's where it goes off the rails for me.

This is a typical example of old thinking from back when publishers actually did things like promoting, marketing and trying new things. I'm sure that Bob received support like this from his publisher during his career. That's the only logical reason he assumes publishers do this for every author. They don't. While publishers may spend some energy today on their tried-and-true authors, they generally expect new and unproven authors to do the lion's share of marketing and promoting. And new things? Please. There are few industries more risk-averse than publishing.

Authors in the world of digital publishing today must do all of those things, and they are all essential. The good news is that the tools to do all of those things (with the possible exception of foreign rights, which is quickly becoming a moot point) are becoming more and more accessible to indie authors every day. Publishers won't. Authors now can. And must. And are.

... Some of the authors who have indie success are now banding either with agents, publishers or other entities to take the heavy lifting on with those things so the writers can focus on the writing. That’s simply a reality.

Yes, many collectives are forming. And it's working well. Some publishers are even responding to pressure. But the days of old where an author can simply "focus on the writing" and leave everything else to someone else are long gone. For the new author, at least. Writers must understand all aspects of the publishing world. They don't get to sit in the corner and write, feeding pages to someone else to sprinkle with magic dust so other people feel compelled to trade them for money.

You, the indie author need to recognize the new reality. Don't want to do all this? Well.. tough shit. You have to. Deal.

1. Not a slight on Bob's writing, as this is a blog post written, as I said, at a conference. I tend to spend much of my down-time at cons in the hotel bar in "business meetings", which is why you don't see much from me when I'm on-site.